Coronavirus, the COVID19 has targetted the second largest economy of the gobe. With it’s epicentre in Wuhan, the coronavirus epidemic has claimed an appoximate number of 2800 lives and put into risk a number of more than 80,000 lives into it’s radar. This zoonotic catergory of virus gets easily transmitted from animals and human beings, affecting the overall population of a country. The prominent symptoms include cough, fever, breathing problems and gastrointestinal dysfunctioning. The World Health Organisation (WHO), along with UN foundations have launched Solidarity Response Fund for COVID19.

The largest part of World’s factory is feeling the tremors of the epidemic in a huge scale in the Economy, which is no more restricted to China but has also affeted and is continuing to affect the neighbouring Asian countries, US and the overall economy of India as well.

The tremor of SARS, nearly after two decades

First reported in Asia in February 2003, the Severe Acute Respiratory Syndrome (SARS) outbreak began in China but the ratio of infected is several folds higher in this outbreak of 2019. After the previous experience, China has reiforced immediate medical response for the disease and sealed off Wahun from the rest of the world.

The majorly affected areas of China are facing huge downfall in the retail, transportation, aviation and logistic sectors. Immense labour shortages have affected areas of trade and also the Chinese exports to other parts of the globe. Factories have been reconfigured to making of masks to keep away the deadly viruses in control, as much possible.

The $87 billion worth trade between India and China is at a stake, leaving the Indian Economy in sweat. Starting from Pharmaceutical companies, automobile industries, Electronic and electrical goods producing industries to the smartphone manufacturers, the raw materials for all these sectors hail from China. This epidemic has struck the Indian Stock Market with a hard blow.

Not only China, but all other Asian economic hubs like Hong Kong, Japan and Singapore have given their word on additional fiscal facilities to fight the epidemic with strong hands.

Goods and services across the whole world are suffering the stroke of the epidemic. The chinese export and chinese import have left the economy of the trading hubs of the world under a tremor. The global GDP is also compromised acutely due to this spreading Coronavirus. This contagious epidemics are pushing the people towards traditional and stable assests such a golds and bonds, reducing the risk of systemic assets like equities. 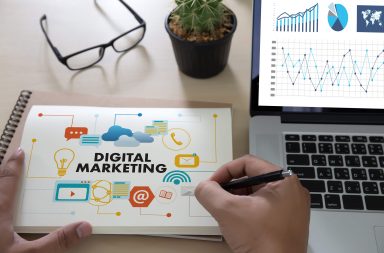 How To Create A Digital Marketing Strategy For SMEs

Why is term insurance necessary for woman as much it is for men?

Few Things That You Must Know About Tote Bags

What should you know about personal accident insurance?

Enhance effective use of space with right approach